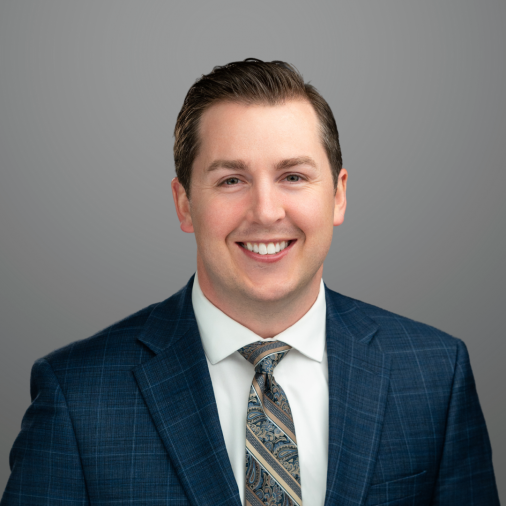 Dr. Andersen attended Brigham Young University in Provo, UT where he received his undergraduate degree in Neuroscience and graduated with University Honors.  He attended medical school at the University of Washington School of Medicine in Seattle, WA and completed his internship at Virginia Mason Medical Center in general surgery. He completed his ophthalmology residency training at the University of Nebraska Medical Center in Omaha, NE where he received the "Golden Hands" award for demonstrating exceptional competence in ophthalmologic surgery. He was elected as Chief Resident. Finally, he completed a two-year Vitreoretinal Surgery fellowship at Midwest Retina, a busy private retina practice in Columbus, OH.

Dr. Andersen is a retina specialist and has a particular interest in the treatment of macular degeneration, diabetic retinopathy, macular holes and puckers, retinal detachments, and many other inherited and acquired vitreoretinal disorders. He is a member of the American Academy of Ophthalmology and American Society of Retina Specialists. He has completed both clinical and bench research in various areas of ophthalmology and has multiple publications. In particular, he has been involved in nearly a dozen clinical trials investigating the efficacy and safety of treatments for diabetic macular edema and neovascular age-related macular degeneration.  He is Board Certified by the American Board of Ophthalmology.

Dr. Andersen grew up in The Last Frontier (Anchorage, Alaska) and naturally has an affinity for the outdoors. He enjoys music including jazz piano, singing, and guitar. He boasts a unique hobby in extravagant pumpkin carving. He treasures his time with his family and believes in a work hard-play hard life philosophy. He is fluent in the Spanish Language and holds himself to a high standard in offering compassionate patient care.

Here are some things to expect as you visit any of our clinics.

Surgery Center Hours: 7 am to 5 pm

The current mask mandates still require all patients, employees, and visitors to wear a mask at all times when visiting our clinic. Spokane Eye Clinic thanks you all for your continued compliance and patience during this time.

If you have any more questions, please read the latest mask guidance.

Thank you for your patience and understanding!

Stay Home if You Are Sick

Prevent the spread of COVID or other illnesses by calling and rescheduling if you are feeling sick or have been in contact with someone diagnosed with COVID-19.

Please prepare for at least an hour and a half visit for routine or medical eye exams.  Sometimes it takes a little longer to give each patient quality care and we hope you can understand.

If you have any questions about how Spokane Eye Clinic is taking extra precautions to ensure the safety of our patients, employees and all clinic visitors, please give us a call.